A solar design inspired by the first jug designed by Paul Ricard
The new jug encapsulates the essence of the original pitcher by Paul Ricard with a very simple design that radiates good spirits.
Our first vision was to ensure this new pitcher was in keeping with the brand’s heritage. It had to be ceramic and made in France. As the designer and with great humility, we wanted to perpetuate a form of heritage by designing the item to interact with its history while creating a jug in tune with the times. With this in mind, we recommended reconnecting with the REVOL family business, which produced the RICARD jugs for many years.
After spending many hours in the manufacturer’s archives, we were convinced that we had to revisit the historic jug. The new pitcher had to offer formal continuity, preserving the structuring lines and usage specifics of the original design by Paul Ricard. In an attempt at simplification and in search of the essence, we designed and created the new lines of this jug.
In this sense, our Ricard jug pays homage to this great entrepreneur with a passion for creation. A formal synthesis that encapsulates the essence of this pitcher, which has been part of the French aperitif for decades.
Designed in France when i was in Studio 5.5   -  Made in France 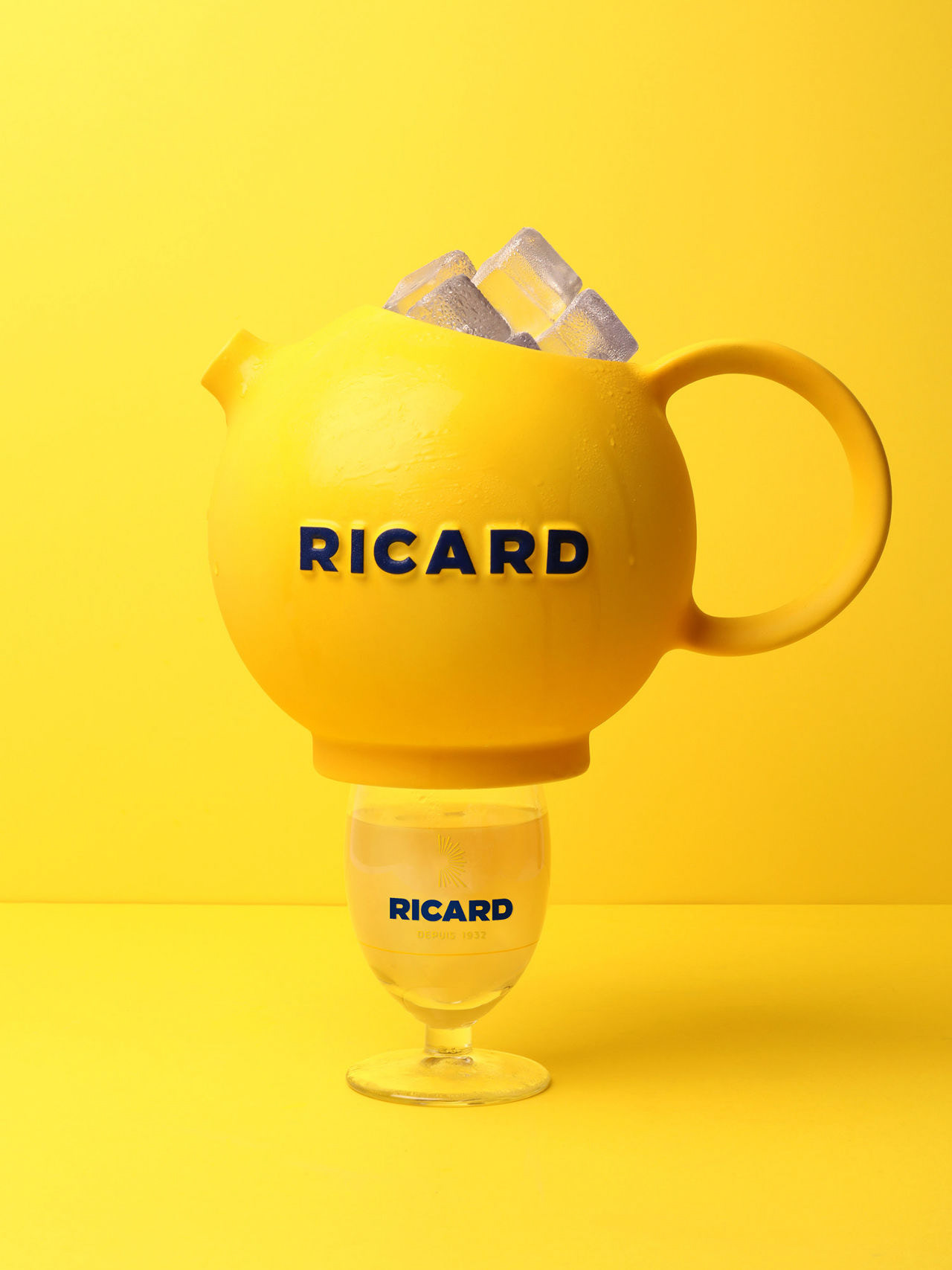 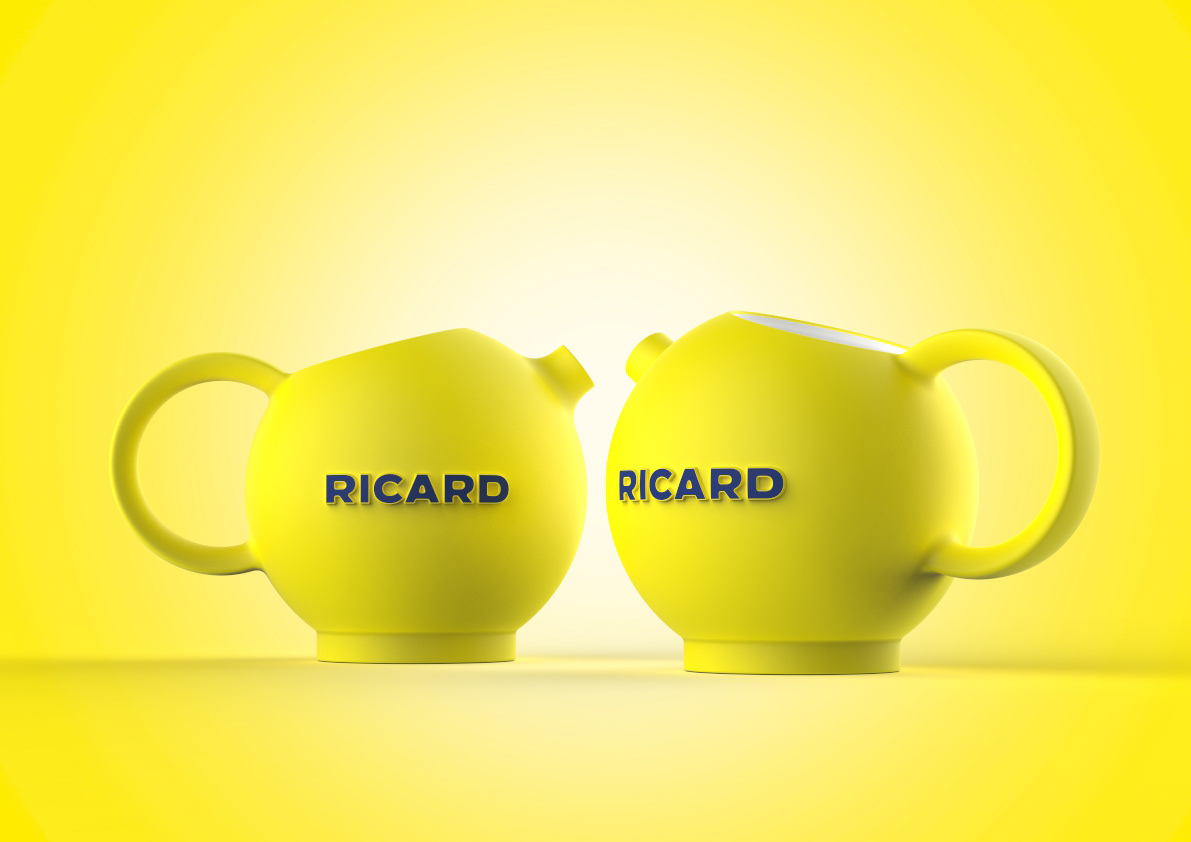 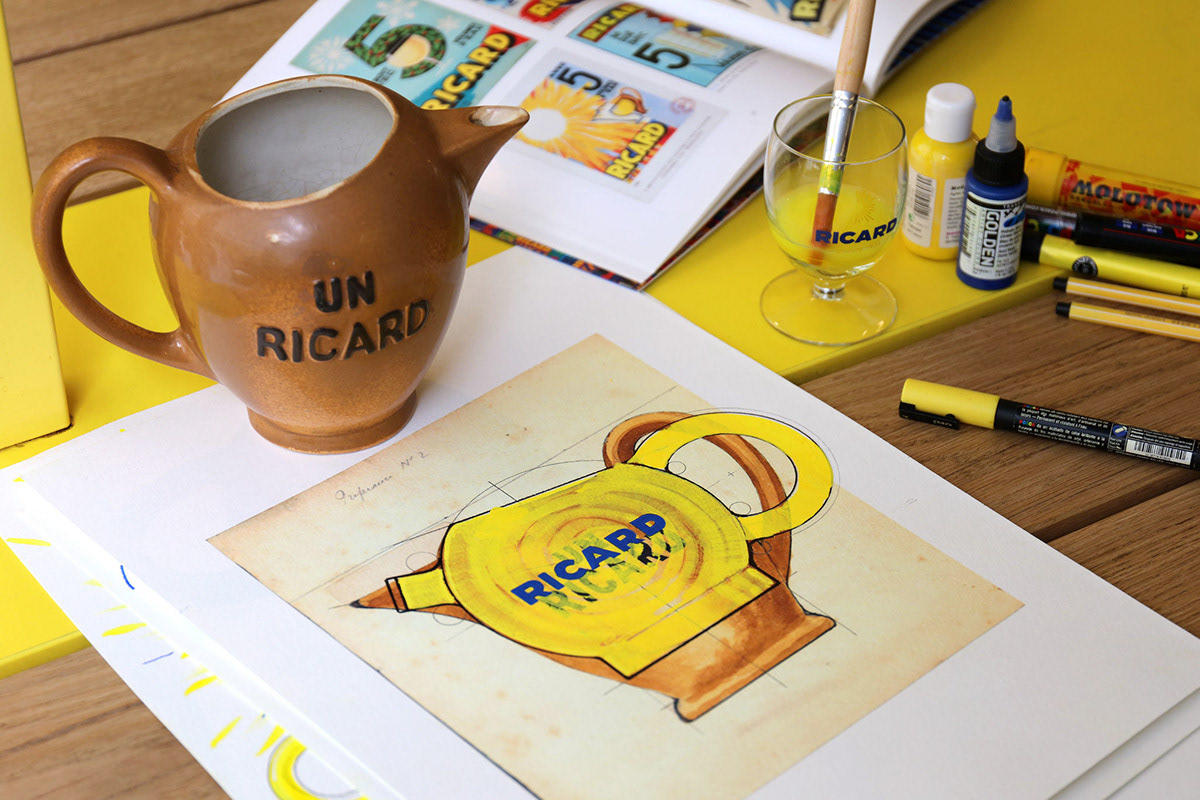 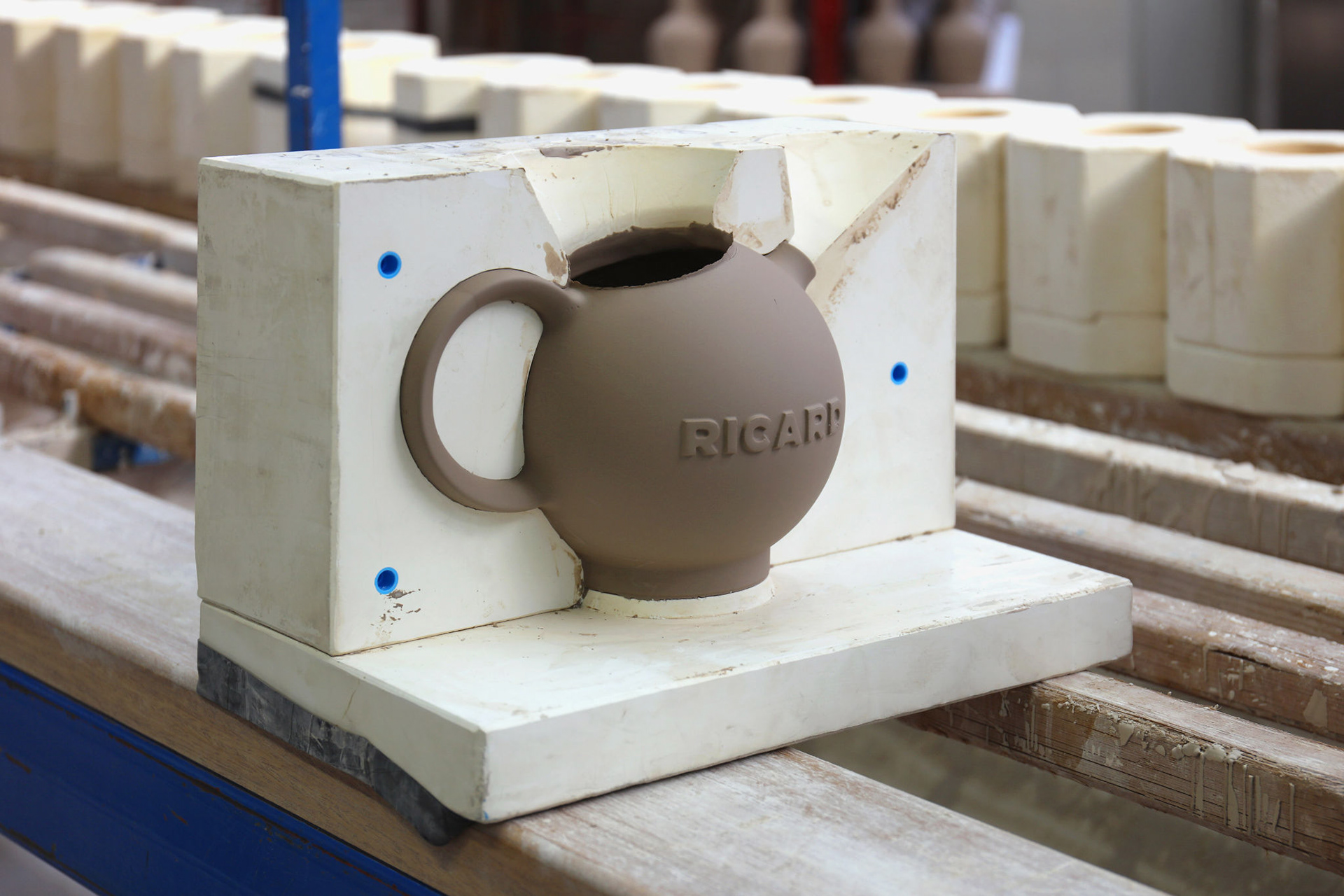 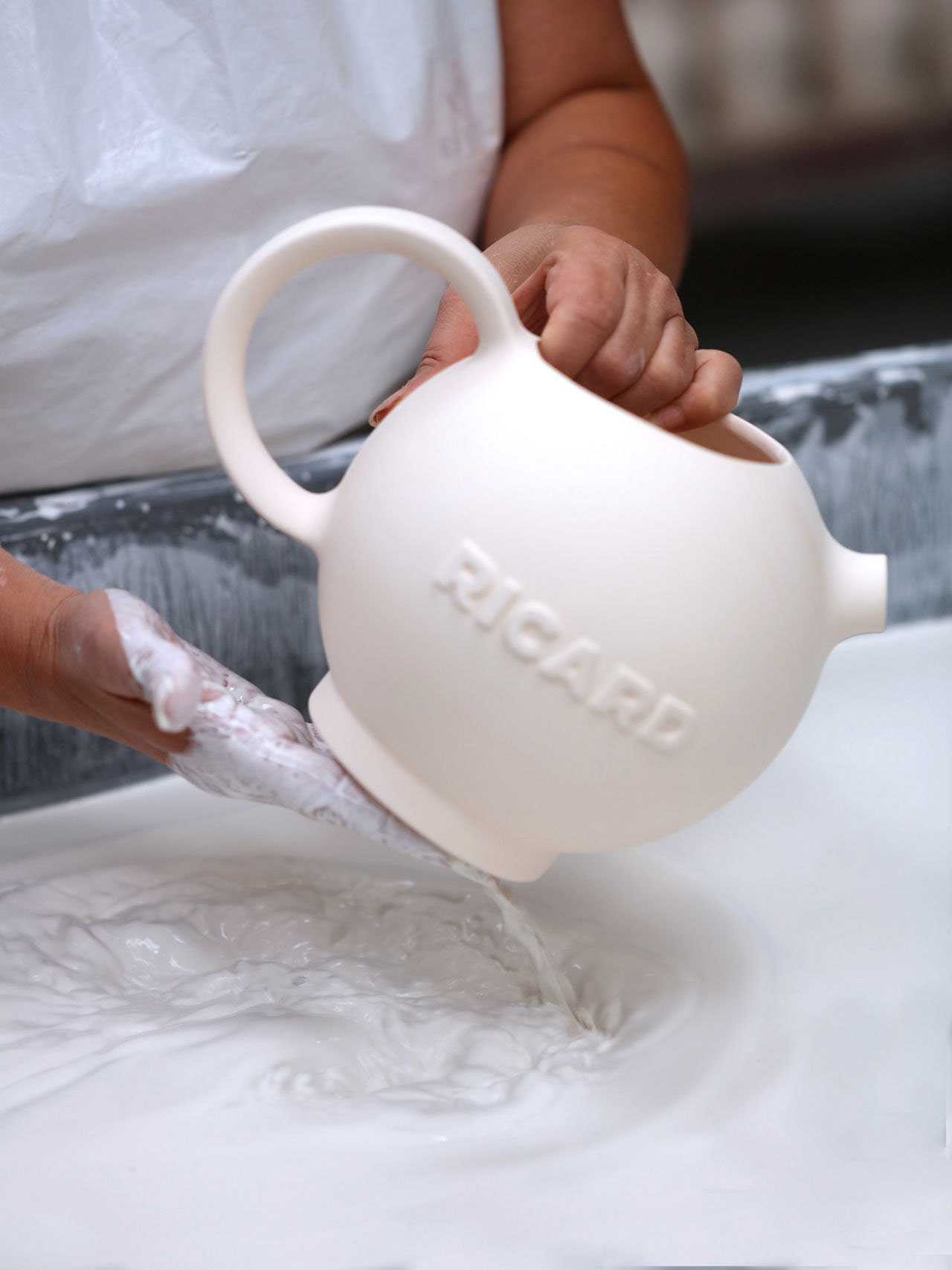 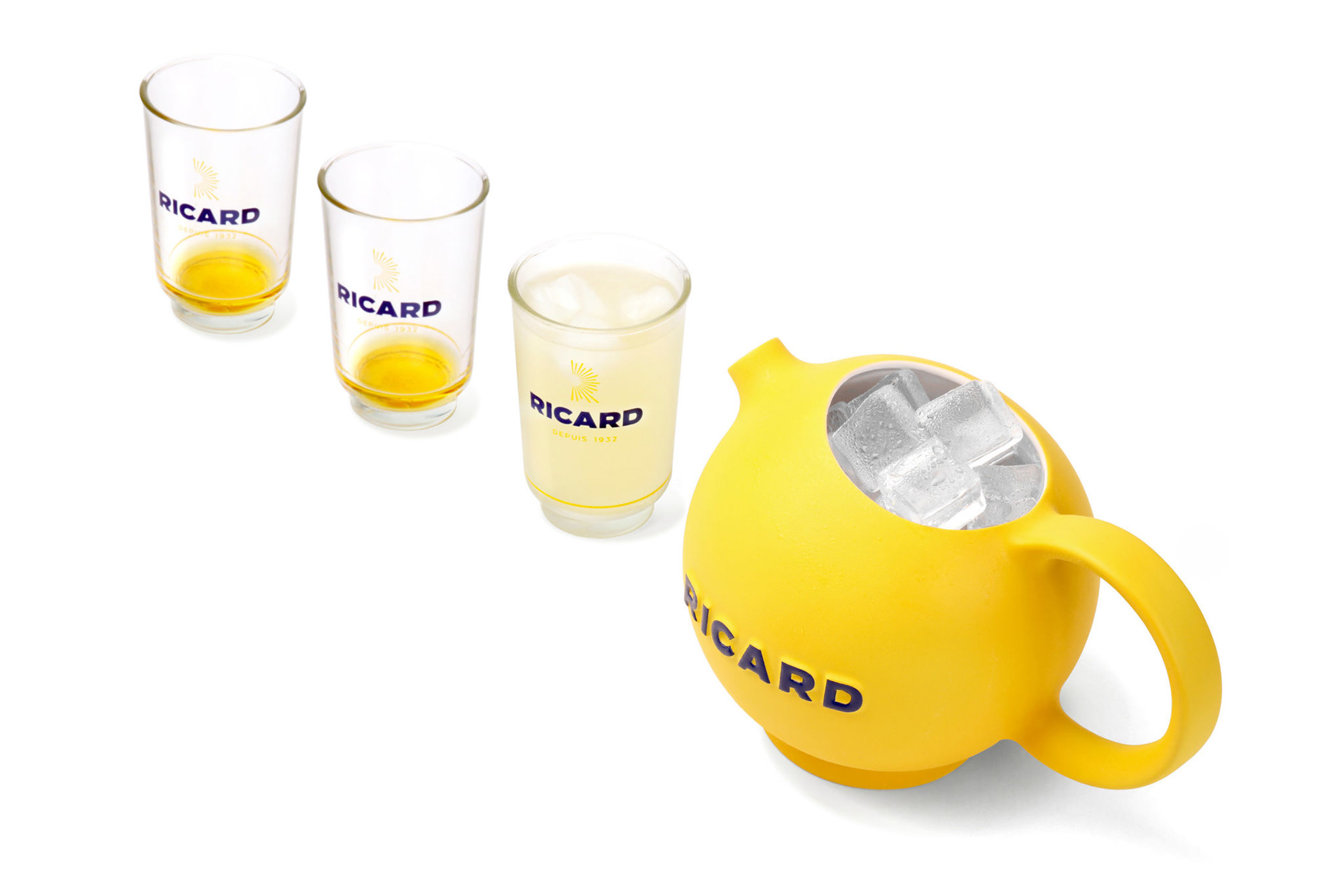 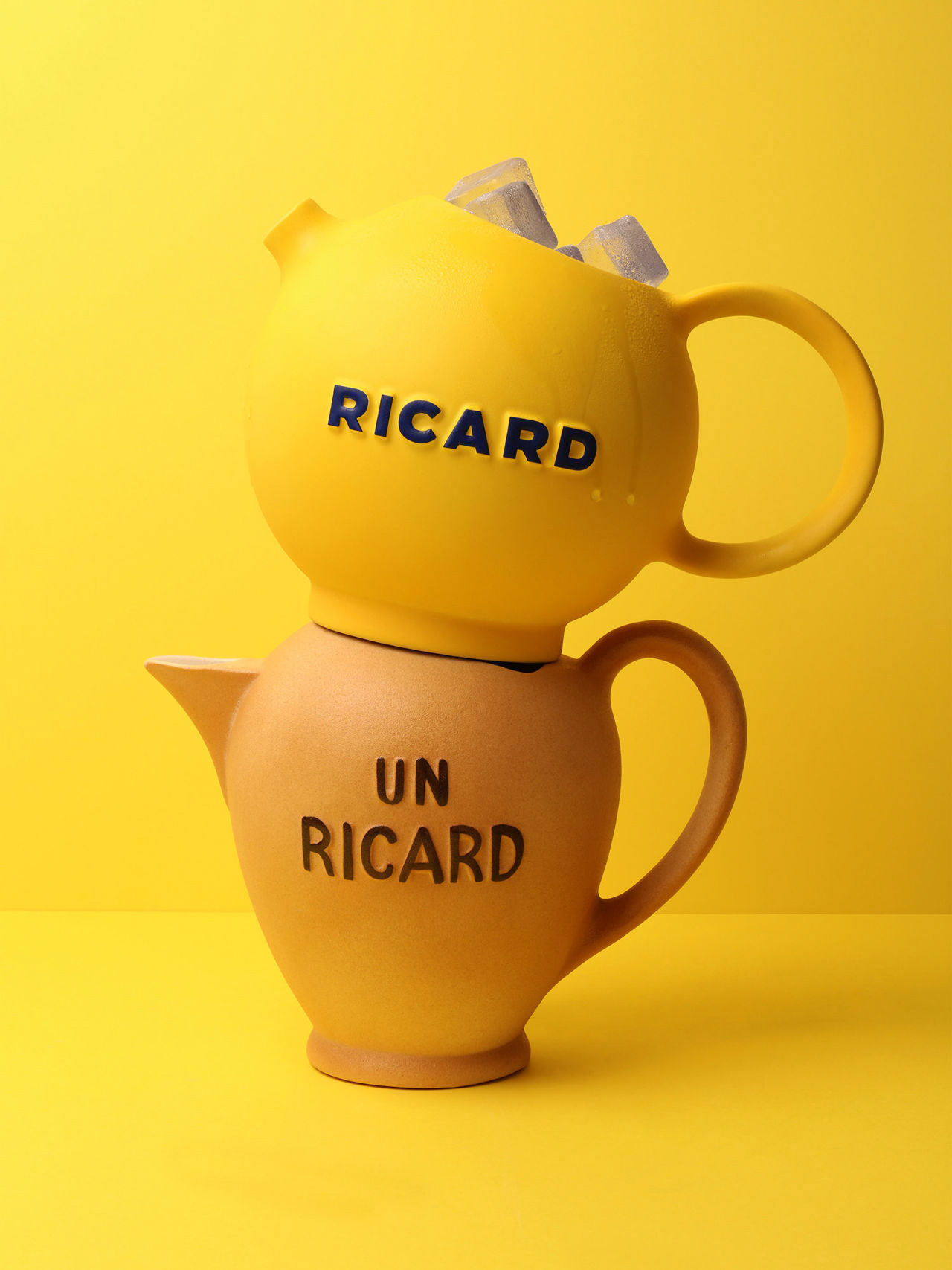 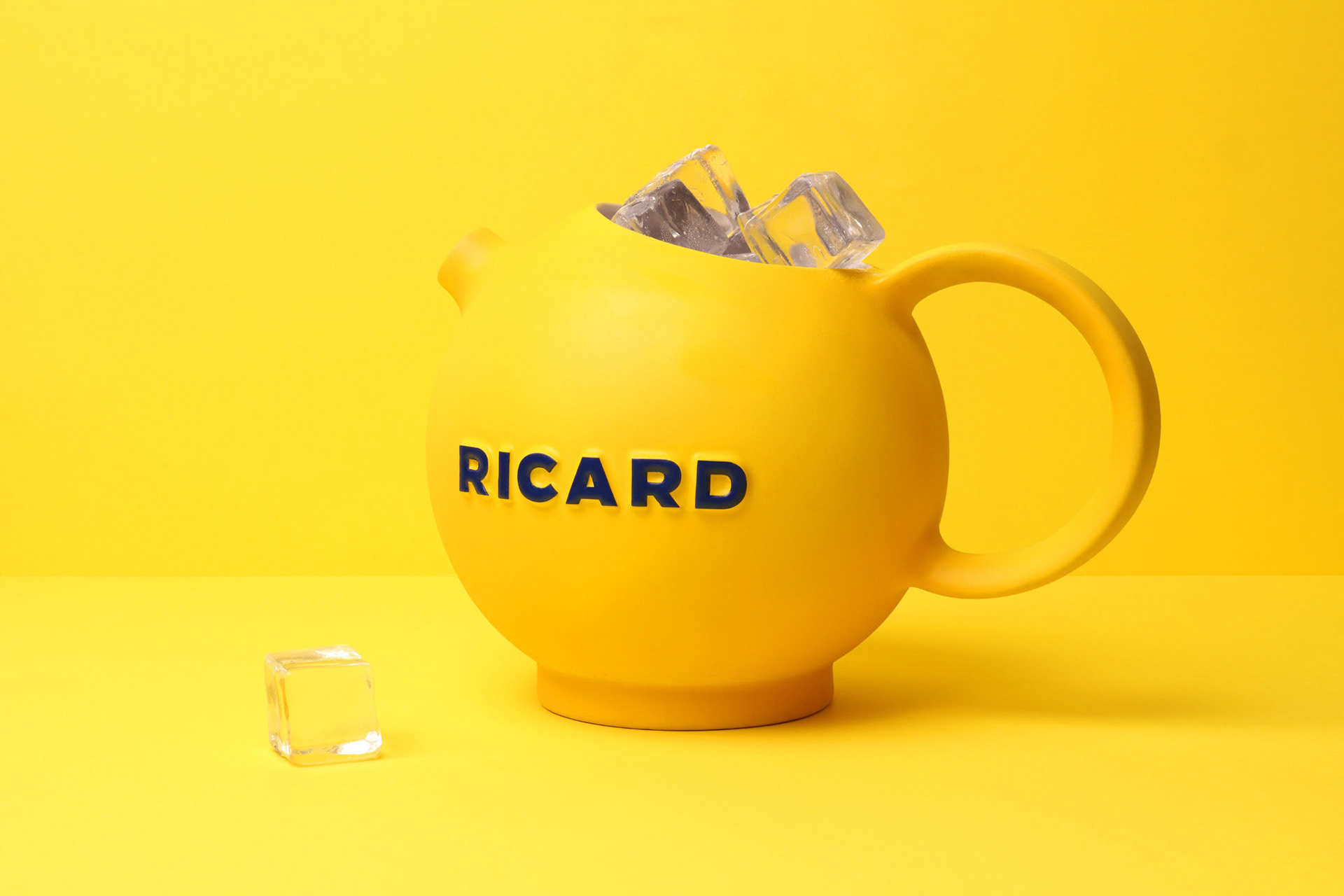 RICARD
Service accessory
↑Back to Top